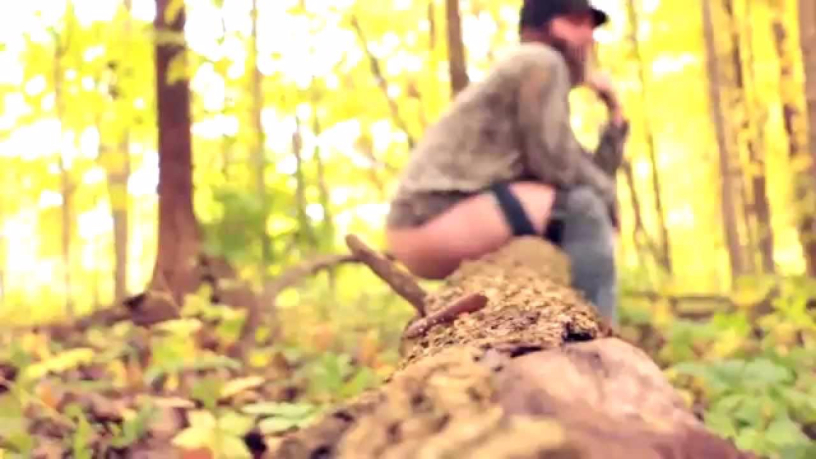 Posted at 20:54h in Uncategorized by montanagrant

People poop and yes Hunters need to go too! So, what is the “Proper Pooping” method when hunting afield? Let me warn you now that if you tend to be offended by poopy talk, you may not want to read any further.

Years ago, I was hunting along Evitts Mountain in Maryland. After climbing the ridge, nature called. I found a tree and placed my back against it for support. This mess was not an accurate one. The tree and roots all took a beating. I used green napkins after and looked at what I had left but felt hopeless to deal with it.

Later that day, my Dad told a story about his hunt that morning. He had found the perfect hunting holler and sat down. All morning, while he attentively hunted, he kept smelling a profound stink. Maybe it was a dead critter. Later he saw a tree covered in green leaves. Oh well, my presence was revealed.

It’s easy to do nothing. No one is watching and you are in the middle of nowhere. What’s the harm?What we leave behind impacts others. How many times have you stepped in a careless pet owners dog crap? How many piles of human waste have you seen afield? As the earth becomes more crowded, human evidence is more common.

The problem with poop is the E. coli bacteria that is in it. People poop an average of over 2 pounds of poop per day. That adds up to a lot of bacteria. This bacterium is responsible for Hepatitis, Giardia, Salmonella, and other nasty gastrointestinal diseases. It is also just Nasty!

Public Poopers need to be responsible for their poop. The same people that poop recklessly afield also do not clean up after their pets in the dog park. Shame on them. Not only are they selfish, they end up pooping on their neighbors and wild places that they love. Diseases are spread that could be easily prevented.

Hunters are careful when gutting a critter. We wear gloves, sometimes shoulder length. Sanitary issues are addressed after we are bloody and when we carry and store our meat. Taking a dump in the woods is another story.

Some hunters are proper poopers. They carry their support gear afield. Looking for the proper pooping tree can be a fun game. You need a set of parallel logs or a special stump. Height and size are important for comfort. Others stack rocks to make a perfect pooping perch. They never lack for paper and sanitary wipes. Covering their tracks is also important. Comfortable, stealthy, and quick are the words of the day.

Even the fanciest deer stands rarely contain a pottie. Liquid wastes can be captured in a jug. Apple Sauce plastic containers work well and even have a depressed handle. You do not want your scent to scare the deer. You do need to come up with a proper pooping plan.

My Dad always told the story of how he used a 348 Winchester to harvest a big Fayette County, Pa. deer. After a long morning of hunting, he needed to yield to nature’s call. In mid-session, a huge buck appeared. He grabbed his trusty rifle and fired. The huge deer went down. As he settled in to finish his poop, the deer stood up and shot again. Down went the deer. Somewhere during the adventure, he had neglected to address his bib clothing. Once finished, he noticed that he had covered his bib strap with his massive mess. He drew his knife and cut the strap free. It was a great deer though!

So how should a modern hunter take a proper poop? Carry a poop kit with you. This should include some tissue, sanitary wipes, and a small shovel to dig a hole. Deposit your mess in a 6-8-inch-deep hole. Once finished leave no trace. Cover, bury, and remove the evidence. Nature will take care of it but give her some help.

Carrying Baby Wipes is also a good idea for cleaning yourself afterwards. Hunters with a crotch rot or diaper rash are not going to hunt. Sanitary comfort is important, comfortable, smart, and healthy. I have known hunters in camp that could not go afield because of a rash or discomfort.

Health issues are preventable and simple. There are many portable pottie options when afield. Start with a simple Cat Hole. Dig a 6-8-inch-deep hole to bury your dump and paper. Once finished, use a sanitary wipe for your hands and bury all your evidence in the hole. If a rock or log is nearby, cover it. No one else needs to see where you have been.

You also need to know that as soon as you need to poop, a big buck will show up. There must be an instinct or sense that deer just seem to know. One morning my son Kyle was hunting a ground blind when nature called. A nice tree was 10 yards from his blind, so he went over to take care of business. As he unloaded, he heard a metal fence twang. A HUGE buck had jumped the fence 20 yards away and was looking at him. His rifle rested inside the blind. Kyle completely evacuated but did not fill his tag.

Be a responsible and ethical pooper!

For more Montana Grant, find him relaxing at www.montanagrantfishing.com.