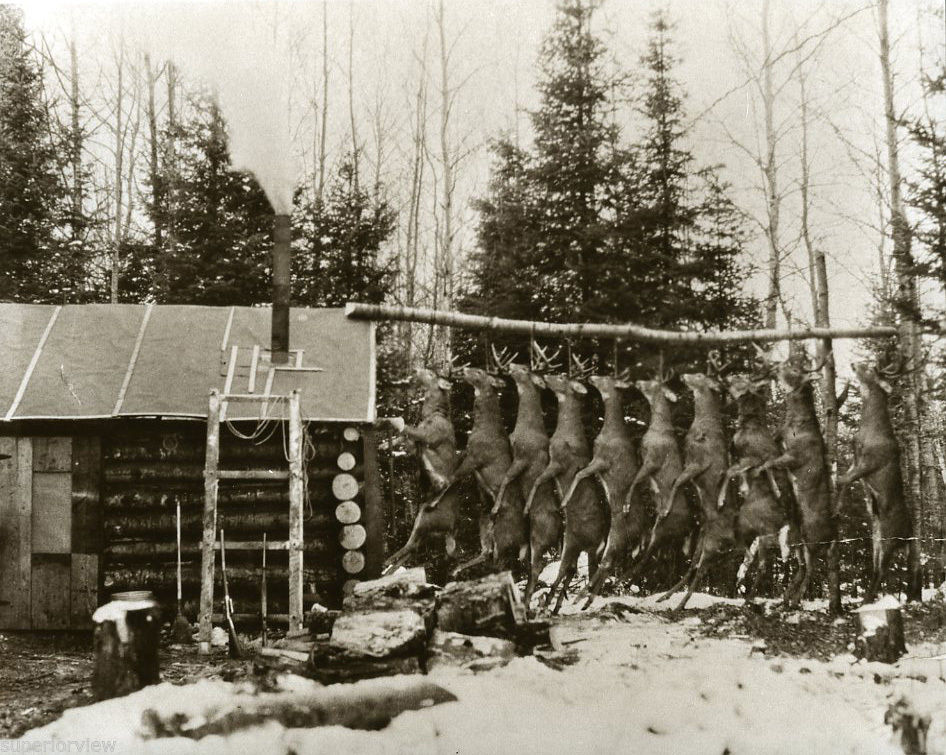 17 May HUNT DEER YEAR AROUND?

Posted at 20:36h in Uncategorized by montanagrant

Pioneers used to hunt all year. After all, without freezers, meat would go bad in a hurry. They did salt, smoke, and dry the meat but hunting was about opportunity, not a season.

The population of hunters was small but so was the deer habitat. There are more deer today than in the Good Old Native/ Pioneer days. Game herds would also migrate greater distances. Today, deer winter and live in more confined areas.

Habitats have changed. Back in the day, a squirrel could jump from tree to tree from the Atlantic Ocean to the Mississippi River. Forests were thick and vast. This means that deer, which are creatures of edges, had fewer edges. Fields were less common. Older mature trees also kept smaller browse from generating in the darker forests. Mast crops were seasonal and required deer to migrate to their next meal. Also don’t forget about the predators, hard winters, and other issues of mortality.

Once pioneers and settlers arrived, agriculture became a priority. Trees were cut down to build homes and farm/graze. This created habitat for deer. This also meant more hunters. At some point, the number of deer declined as year around pressure increased.

Once wildlife managers entered the picture, they discovered the best time for a deer harvest would be in the Fall and early winter. Most deer seasons run from early September to late January. It wasn’t until the late 1800’s that a deer permit, and regulated hunting licenses were required. Seasons were over half a year long, huge limits, and over hunting was a huge concern!

By the 1930’s white-tailed deer were in big trouble. The total North American populations were estimated at less than 300,000 animals. Other game species were also in trouble. Many states closed hunting seasons altogether. Turkeys and other game critters were nearly extinct or threatened.

Wildlife managers began to save the day. Research became imperative so that seasons, limits and harvest could be controlled for the best carrying capacity of the ecosystems. When deer numbers began to bounce back, many hunters felt that shooting fawns or does was a taboo. They felt orphaned fawns could not survive. Spike bucks were thought to be genetically inferior and were targeted.

Many states began Buck Only regulations to protect the females. This ended up being a mistake that skewed the buck-doe ratios. So few bucks were left that does went without being impregnated. Only Button Bucks were left to do the job.

Understanding when deer reproduced, fawns were born, when antlers shed and grew back, and when the most habitat and food were available became important. Hides, which were used for fur were best in late summer. Many deer were harvested before they completely matured. Der were also attracted to farmers fields where they could be hunted more easily.

Deer were initially diurnal, or daytime creatures. Today they are nocturnal or nighttime creatures. This change in behavior was due to their need to survive. Modern deer are more active in the dark.

Fall and Winter deer seasons have become ingrained in hunting culture. This time of year seems natural and normal. This is when bucks have fully matured antlers, rut occurs, and fawns are big enough to survive on their own. Cooler temperatures help reduce insects and protect meat. Hides are prime and full. Deer tend to roam during the rut seasons and are spread out. The temperatures and weather are comfortable and accommodating for hunting.

Deer camp became the new way to hunt deer. A Fall tradition was born, and friends and family embraced the seasonal tradition. Deer stands, drives, and preparing harvesting areas became the tricks of the trade. Hunting became more of a sport and less of a way to procure food.

Modern deer have adapted to what humans and nature allows. Abundant deer herds have become a nuisance as the population of hunter’s declines, traffic increases, and habitat becomes more fragmented.  Deer harvests are huge in areas where humans abound. Car insurance rates are skyrocketing as car strikes with deer rise. These lobbies promote huge deer harvests. In some states annual harvests are over 30 deer a season!!!

Game harvest donations also have increased and are impacting deer populations. Some hunters donate their deer, but not their antlers, to food programs. Some “Modern Hunters” feast more on trophies than food. Much hunting is now done over bait, planted food plots, and vulnerable conditions.

Diseases are also now a huge concern. CWD, Chronic Wasting Disease”, Blue tongue, parasitic worms and other health issues take over when deer populations grow too large. Nature will control the population if humans don’t. Who ever thought that too many deer would become a problem?

The simple truth is that deer is an amazing food source. Sporting and ethical hunting provides sustenance and nourishment for our bodies and minds. Deer are resilient and symbols of what a healthy natural environment should be.

It has taken centuries for biologists to figure out what makes deer hunting season what it is. As Sportsmen, we need to celebrate and enjoy the resource. Always hunt honestly, ethically, and respectfully! Non hunter solve seeing and enjoying deer but without scientific population controls, deer management becomes a problem.

Hunting may not always be in our futures. Hunters make great game managers but with fewer hunters, other strategies may be needed to manage herds. Real hunters hope that they will not be around to see the day when snipers, chemicals, and other methods of eradication become preferred over “hunting”.

Hunt while you can!

For more Montana Grant, hunt him up at www.montanagrantfishing.com.