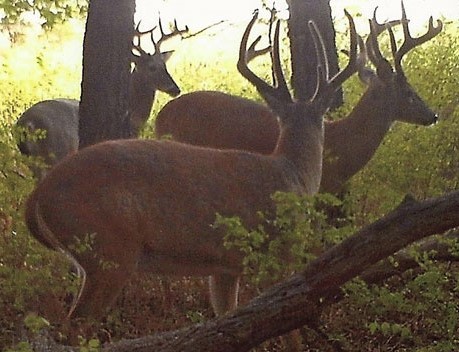 Posted at 14:17h in Uncategorized by montanagrant

Many hunters and hunting clubs try to Cull or Selectively harvest deer to create a healthy deer herd. “Don’t shoot any spikes, branched antlered bucks, anything under a 4×4, or leave the monster buck alone.”

The truth is supported by Science and not “Old Hunter Stories”. No other mammal has been studied more than the White-tailed Deer. There is a pretty good chance that what we learned and what is true are different. Back in the day, Pennsylvania deer hunters harvested primarily forks and spike bucks. Rarely did we see many monster bucks except in places where they had a chance to grow for a few years.

Their logic is based upon Dominant Bucks controlling the breeding rights. The idea is that these Big Bucks will pass on DNA that will reproduce Big Bucks. The truth is that Does also are responsible for over 50% of the Buck’s Code. Maintaining a healthy and mature herd of does is also important. Age is also a huge factor.

Which Buck mates with which doe is simply LUCK! Whichever buck is nearest when a doe comes into season gets first dibs. Bucks that are aggressive about keeping smaller bucks away are often off chasing them when the moment to breed arises.

Multiple bucks can also mate with the same doe. One study showed that the majority of does giving birth to twins and triplets carried DNA from more than one Father. Even if the doe is bred first by the King of the Forest, she is likely to be bred multiple times by other lesser bucks.

A Spike buck, that may have been a late summer birth, can have a massive rack in it’s second full season. Removing Spikes may remove wonderful future genetics.

Antlers that are inferior, non-typical, or irregular are often the result of injury, poor habitat or environmental conditions.  Deer that had a wound or accident on one side will have a lesser, or misshaped antler on that side throughout their life. Mating with does will not pass that characteristic on.  The quality of the soil, Geology, and nutrients in the food, are more of a factor than just DNA.

Hunters can’t change DNA. They can manipulate the environment. Planting trees, grasses, and improving habitat is a more effective way to improve a deer herd. Providing the best quality habitat, food, and sanctuary in the region will invite new genetics into your herd. Deer travel long distances looking for prime habitat and does. This type of quality management creates the strongest, biggest, and healthiest deer herds. Big Bucks are commonly found in these prime areas.

“A fed deer is a dead deer!” Baiting or feeding Deer, where legal, is not creating food and health for deer. They often become dependent on the food you deliver. If that stops, they often starve. Corn is commonly used to attract deer to a deer stand. This food attracts deer but provides almost no nutrients to keep the deer healthy. Deer can starve to death with a full stomach of corn. They also become less fearful of humans and places where humans live. Their natural instincts to fear hunters and population areas is compromised.

Disease is also a problem when feeding deer herds. Nose to nose contact by deer, when on feed piles, can quickly spread CWD and other diseases that can quickly wipe out a deer herd.

Deer supplements, licks, and soil additives have little impact on antler growth. Most hunters use these during, and just prior to, hunting season. The buck’s antlers have already stopped growing by then. For supplements to have any impact, they need to be administered in the Spring. Since deer winter in different areas than where we hunt them in the Fall, most supplements are wasted. The only way most hunters will spend top money on supplements, or food is if they hunt over these sites.

Introducing or selectively breeding deer in the wild is not allowed. Some Game Farms artificially impregnate does with specific DNA but this is not a legal option for most hunters. These operations are breeding mammals for certain characteristics in a contained situation. It is common to create a harvestable, huge racked buck in a way that farmers produce cattle and other farm critters.

The highest, healthiest, Buck to Doe ratio, for a healthy population is 5-1, Does to Buck. On well managed public lands, this ratio tends to be more like 20-1. To determine the ratio in your hunting area, it is best done in the late winter or Spring. When a Buck sheds their antlers in Mid-March, they immediately begin growing a new rack. You will be able to see these “nubs” on their Pedicles easily. Antlerless deer in the Spring will almost always be Does. Whatever Buck to Doe ratio that you think you are seeing in the Fall will always be wrong.

All hunters hope to harvest healthy trophy bucks. For some hunters’ antlers on the wall are more important than meat in the freezer. The population of deer hunters is declining. Hunting has and will continue to change. Fewer hunters means less funding for wild herds and their habitats. At some point, hunting may become a thing of the past. Human populations are eating up much of our public spaces. This will ultimately be reflected in how, where, and if we hunt in the future.

For more Montana Grant, hunt him at www.montanagrantfishing.com. iority52 \l